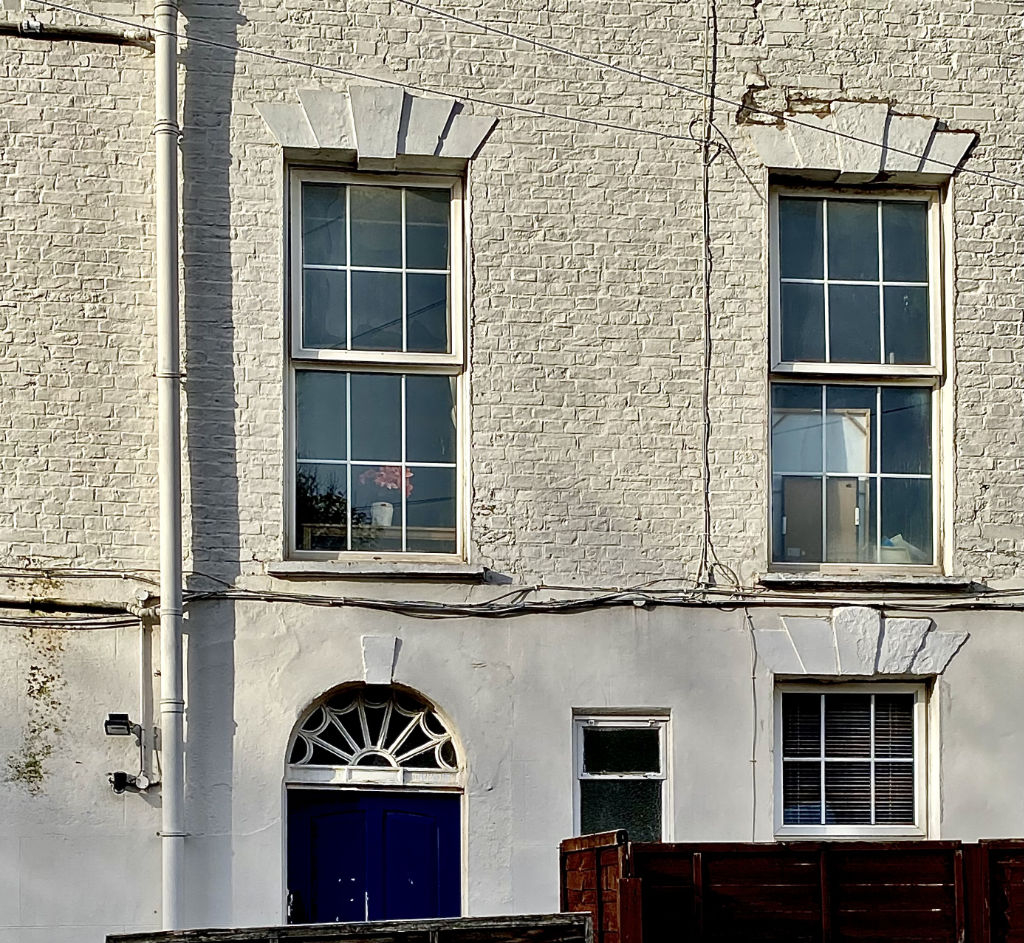 This is Vernon House on Vernon Place just off Bath Road. It is shown on Mitchell’s 1806 map of the town and was probably built in the 1790s. The house stands at a right angle to the lane and would, when built, have enjoyed a fine view over and beyond Barrett’s Mill to the water meadows that now form Sandford Park. Until 1854 Bath Road terminated at the line of Vernon Place and Bath Street rather than the High Street, so the house was surrounded by garden ground.

For some years before 1806 the house was the home of the distinguished Whig politician, Charles James Fox, during the town’s summer season. Fox was our first Foreign Secretary in 1782 but spent much of his long political career on the opposition benches. He was a supporter of American independence and the French Revolution and a vociferous, radical critic of The East India Company, the slave trade, Pitt the Younger and the King.

His private life was notorious and colourful and he came to Cheltenham for relief from the liver disease that finally caused his death in late 1806. During his time in Cheltenham, he became a friend of Edward Jenner and proved to be an influential political promoter of vaccination.

Fox stood as candidate for the Westminster constituency in 1784. Free drinks for potential voters were an expected part of electioneering at the time and Fox provided money for them to Samuel House, landlord of a public house on Wardour Street in Soho. The pub was named by House for his sponsor – The Intrepid Fox. Fox won the day by 110 votes. 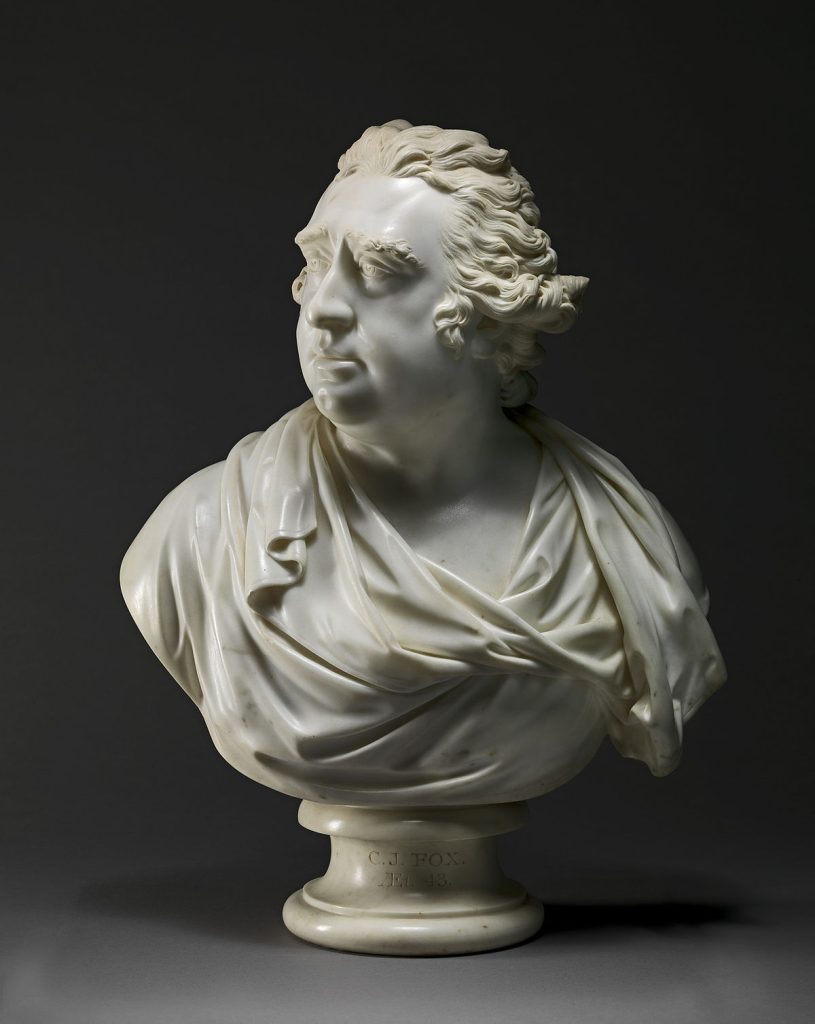 During the last century, Wardour Street was the location for many film and music businesses and The Intrepid Fox became known as a musicians’ pub. It’s said that Mick Jagger and Rod Stewart came to blows here after an evening’s drinking. More recently, it was a popular Goth gathering place which hosted heavy metal gigs. It closed in 2006 and is now a burger restaurant. The building it formerly occupied survives and retains a faience relief of Charles James Fox and Samuel House. 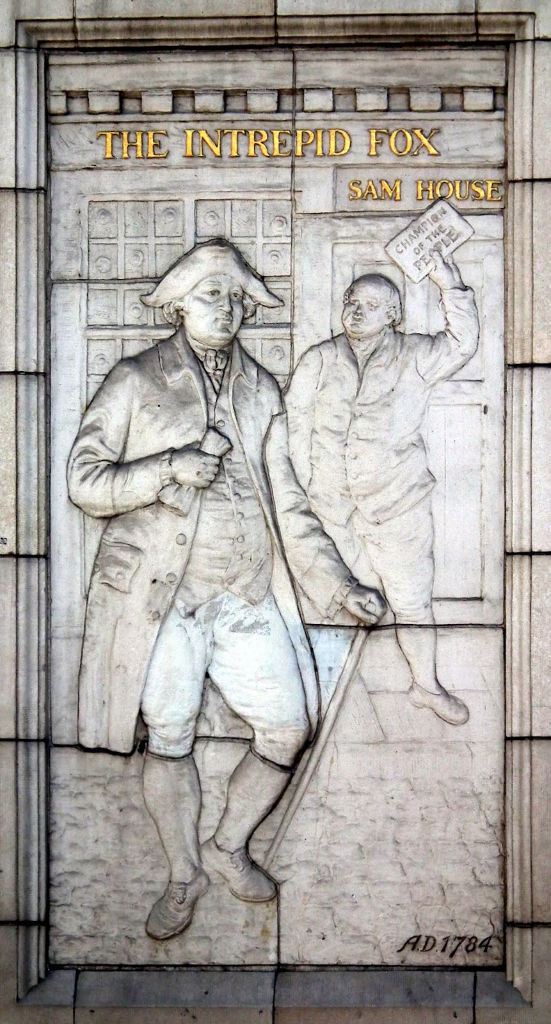