Circumspice 5: answer to mini-quiz item in December edition of OurTown 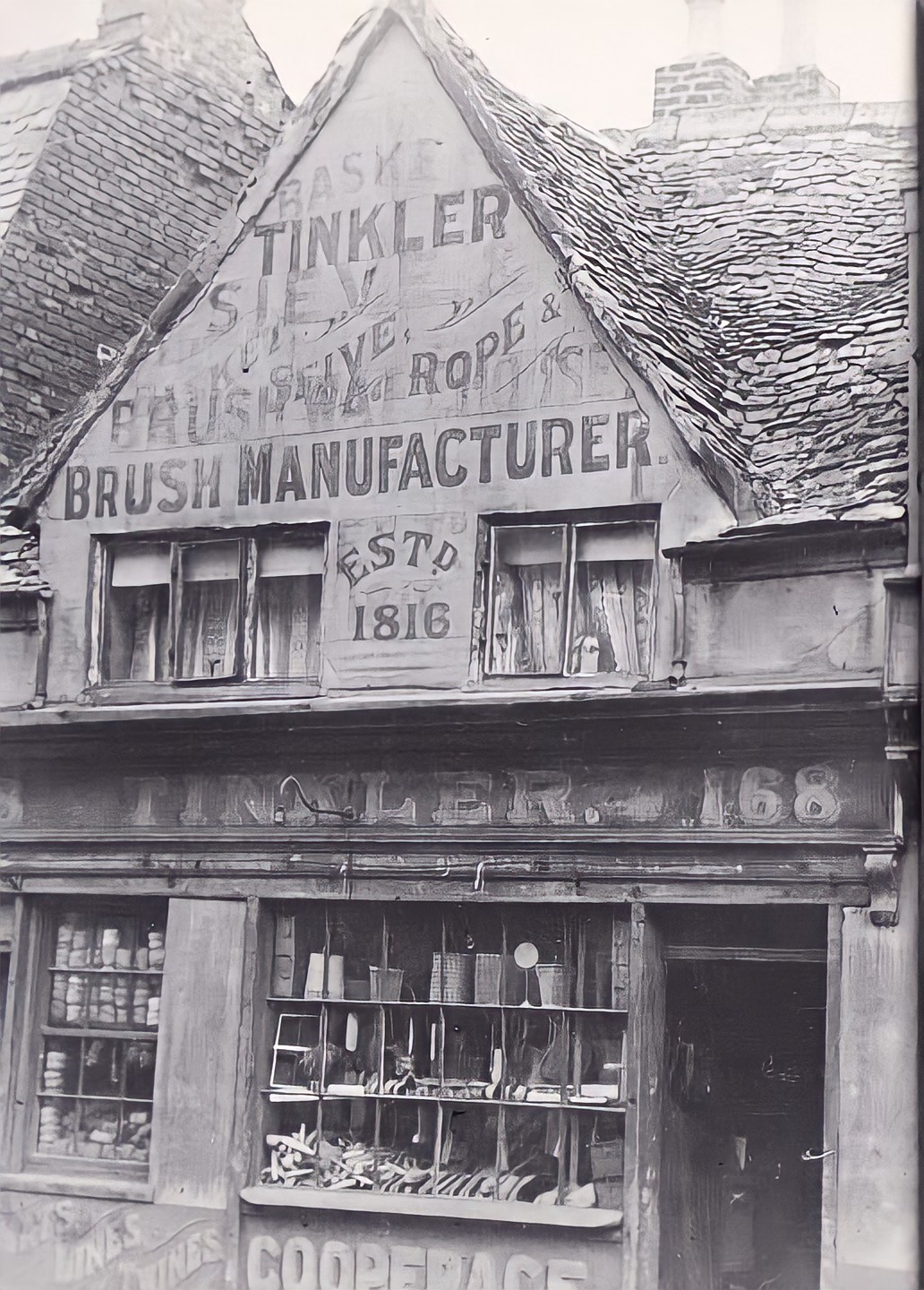 The red brick building – now the Sue Ryder shop – replaced Tinkler’s Basket and Rope Shop at 285 High Street. The business – a shop and a manufacturing workshop – traded from the building from 1816 until its demolition in 1967. By that time, the neighbouring shop had already been removed to provide an entrance to the High Street car park.

The building’s history was a long one. It was, in fact, a sixteenth century cruck-framed farmhouse and had, in the eighteenth century, been the town’s first Government Post Office. Demolition was first mooted in 1963, when the building was described as being in poor condition and in need of much restoration – though the ‘London property company’ who had just bought it were probably not exploring this option. 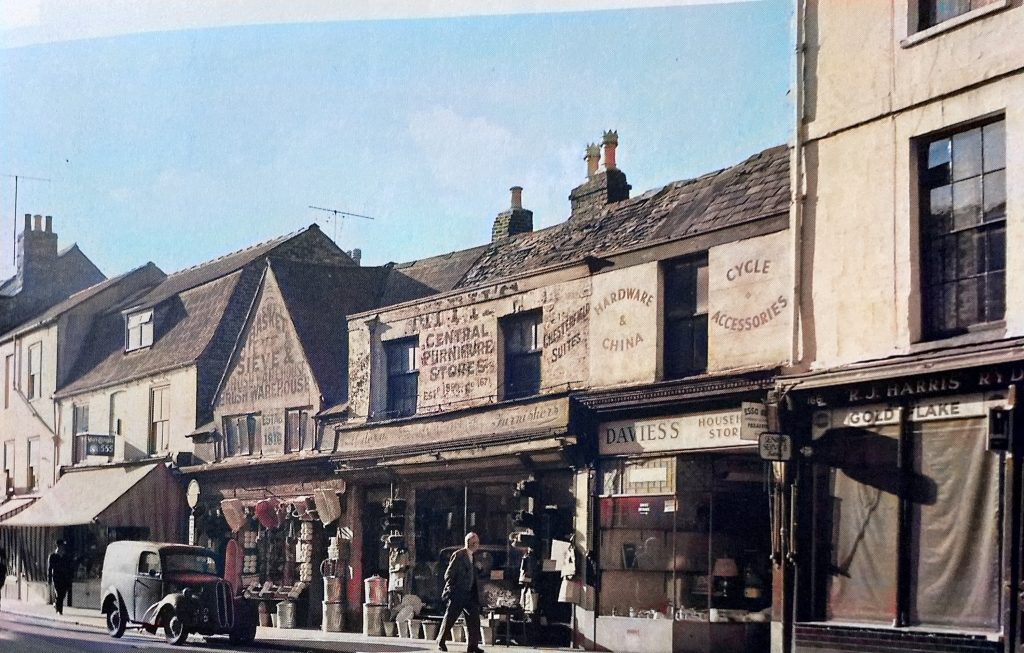 In the 1880s, the Tinkler brothers boasted of their stocks ‘Buckets, mats, sieves, tubs, corn & fruit measures, plate baskets, chamois leathers, sponges, cording, twine, ropes and housemaids’ gloves’. (NB: The above photo was probably taken in the late 1950s or early 1960s as indicated by it being in colour and by the Ford Popular van parked outside the shop.)