Circumspice 2: answer to mini-quiz item in April edition of OurTown 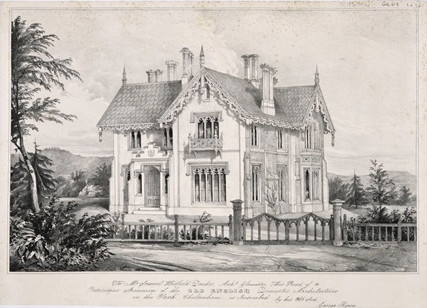 It is all that remains of Tudor Lodge which fronted The Park, just by the road of the same name, until its demolition in 1966. It was built in 1839, as his own home, by the architect, Samuel Whitfield Daukes. Daukes had bought The Park estate after the failure of Thomas Billings’ Gloucestershire Zoological, Botanical and Horticultural Gardens. It was Daukes who subsequently developed the villas round the perimeter. He was also responsible for the design of Lansdown railway station, St Peter’s Church on Tewkesbury Road and Francis Close Hall on Swindon Road.