Cheltenham Croquet Club is celebrating its 150th birthday in 2020 and must surely be one of the oldest sports clubs in Gloucestershire. The club is linked with a building of historical note since it all started at the Queens Hotel where a small group from the East Gloucestershire Club first met to play in Montpellier Gardens.

A lease was taken out in 1908 with the Charlton Park Estate and Cheltenham Croquet Club occupied some two acres in Old Bath Road.The club finally purchased the land in 1920.

The club’s eleven lawns gradually gained a reputation for maintaining top quality lawns and became the regular holder of the Open Championship and were subsequently invited to host the World Championships.

Croquet players travel from all over the world to play at Cheltenham,which is often referred to as “the Wimbledon of the Croquet world”. Some club members have an interesting history.

Among them we can boast an engineer who made a major contribution to the railways supporting the battlefields of WW1 and an Olympian who competed in the Winter Olympic Games of 1948.

President Paul Smith says “we look forward to welcoming newcomers to our fascinating sport when things return to normal”. 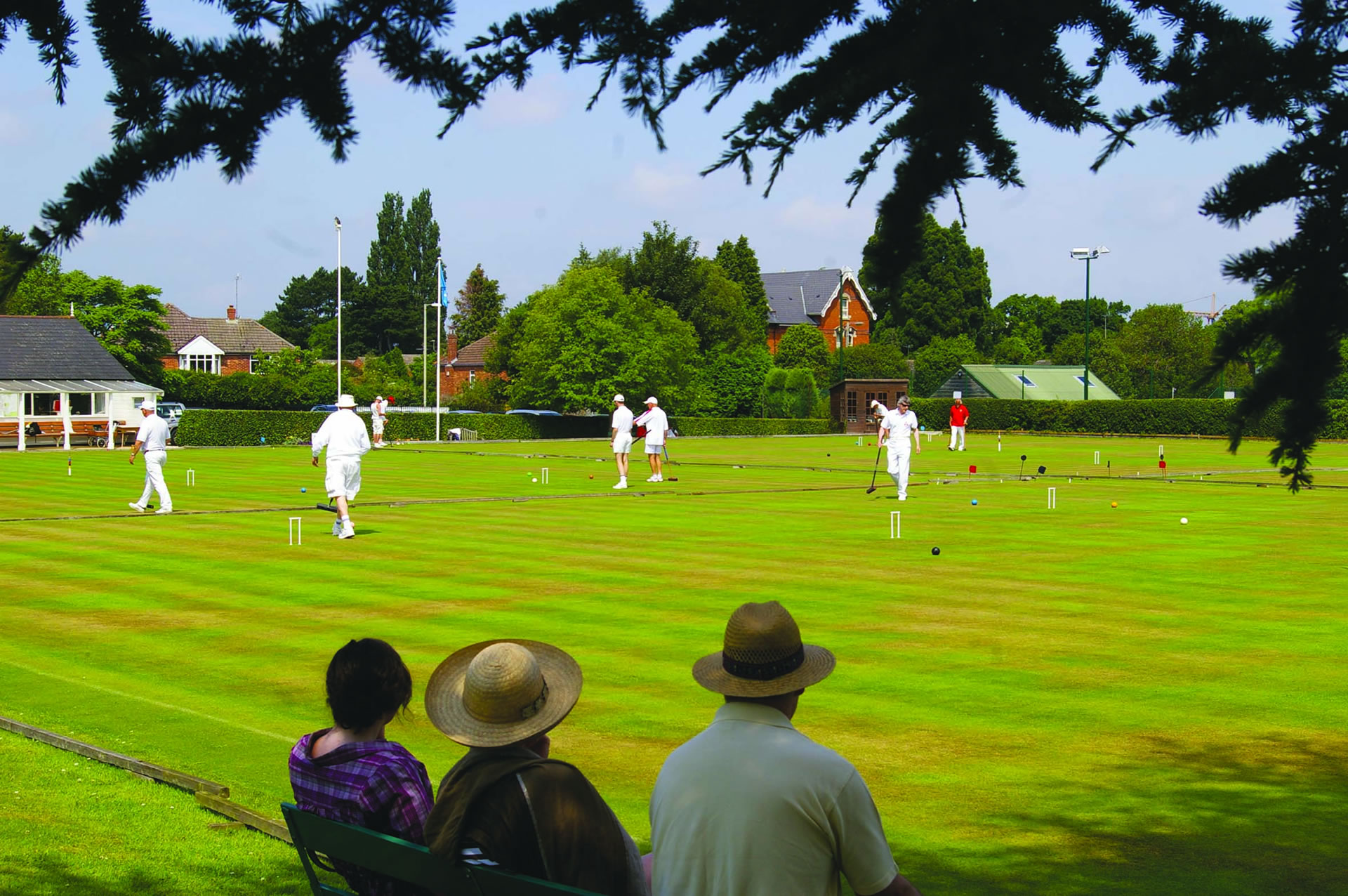