At an event attended by some 30 or more neighbours, history society and civic society members, the plaque was unveiled by the Mayor of Cheltenham, Cllr Steve Harvey, on Saturday 30 April.

Sally Self, of the local history society, made a speech outlining the many achievements of Alfred Miles (1853-1932) – who was known as ‘a human dynamo’.

Apprenticed at age 10 into the family business of carriage and coach making, he went on to become a master craftsman recognised as one of the town’s principal businessmen for 50 years. His firm supplied coaches and carriages to both local and international customers, including Russian royalty.

He was actively involved in local politics, served as a County and Borough Councillor for many years, and was a highly-regarded non-conformist preacher.

A collector of ephemera from an early age, he compiled ten huge scrapbooks, which recorded, in comprehensive detail, the history of the Cheltenham area from palaeolithic times to the early 1930s. The books are now held in the Gloucestershire Archives.

In recent years, their 9,000 handwritten and illustrated pages have been digitised to make them easily accessible, and Local History Society members have completed a four-year cataloguing and précis process.

David Elder, Chair of the Cheltenham Local History Society, said: “We’re very proud to sponsor this plaque during this special year for the Society as we celebrate our 40th anniversary. This is the second plaque we’ve sponsored. The first commemorated Cheltenham’s earliest historian John Goding, while this one celebrates someone who was equally passionate about the town’s history. The scrapbooks provide a real treasure trove of information about Cheltenham, and I think Alfred Miles must have acted a bit like a Google search engine in the way he succeeded in hoovering up around 200 disparate sources to produce his remarkable history.”

Andrew Booton, Chair of the Civic Society added: “We were delighted to erect a blue plaque to commemorate Alfred Miles, a local stalwart. It is all the more fitting that we were able to do so on the 40th anniversary of Cheltenham Local History Society, which has done so much to further our understanding of Cheltenham and its people.” 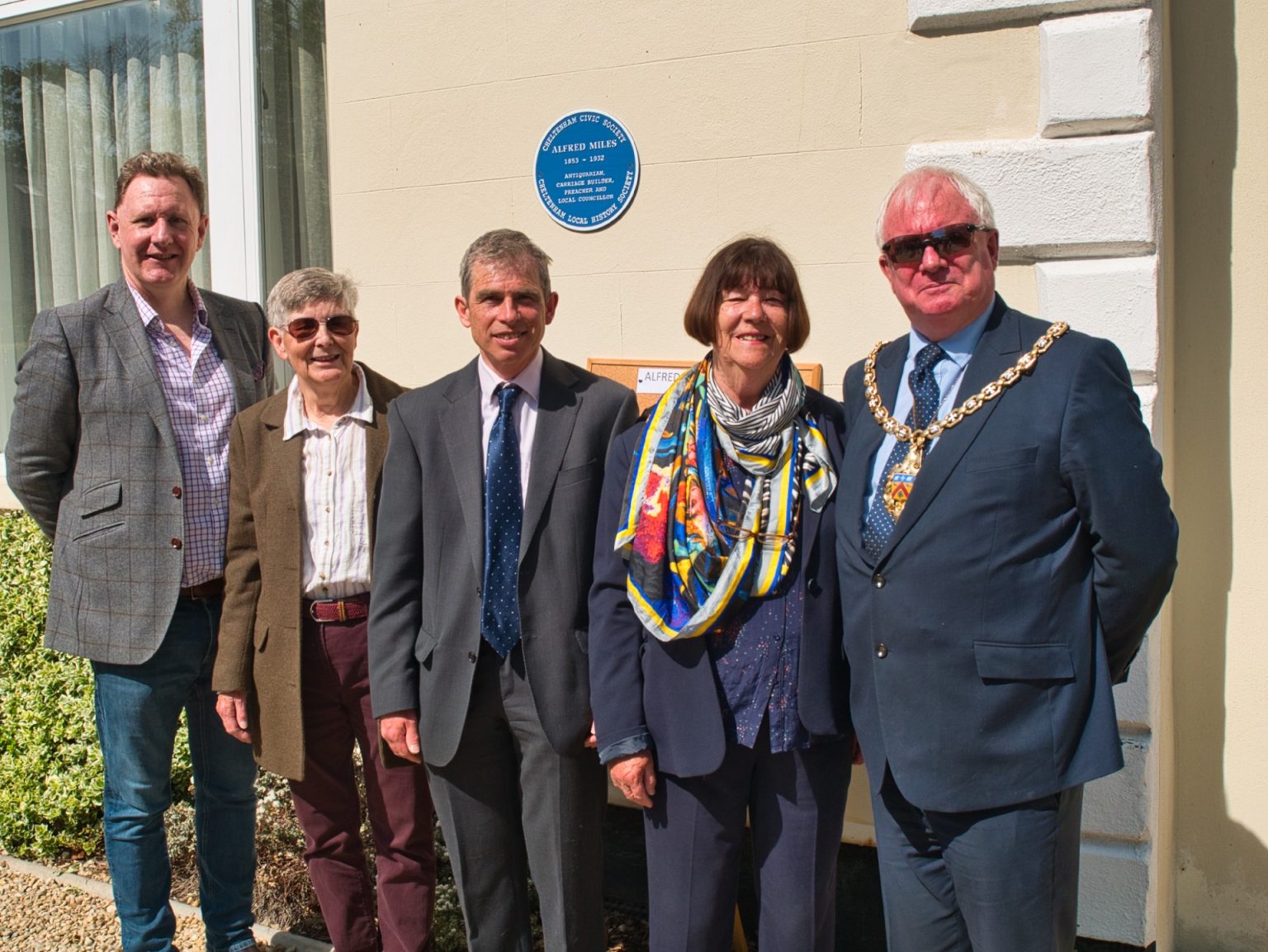 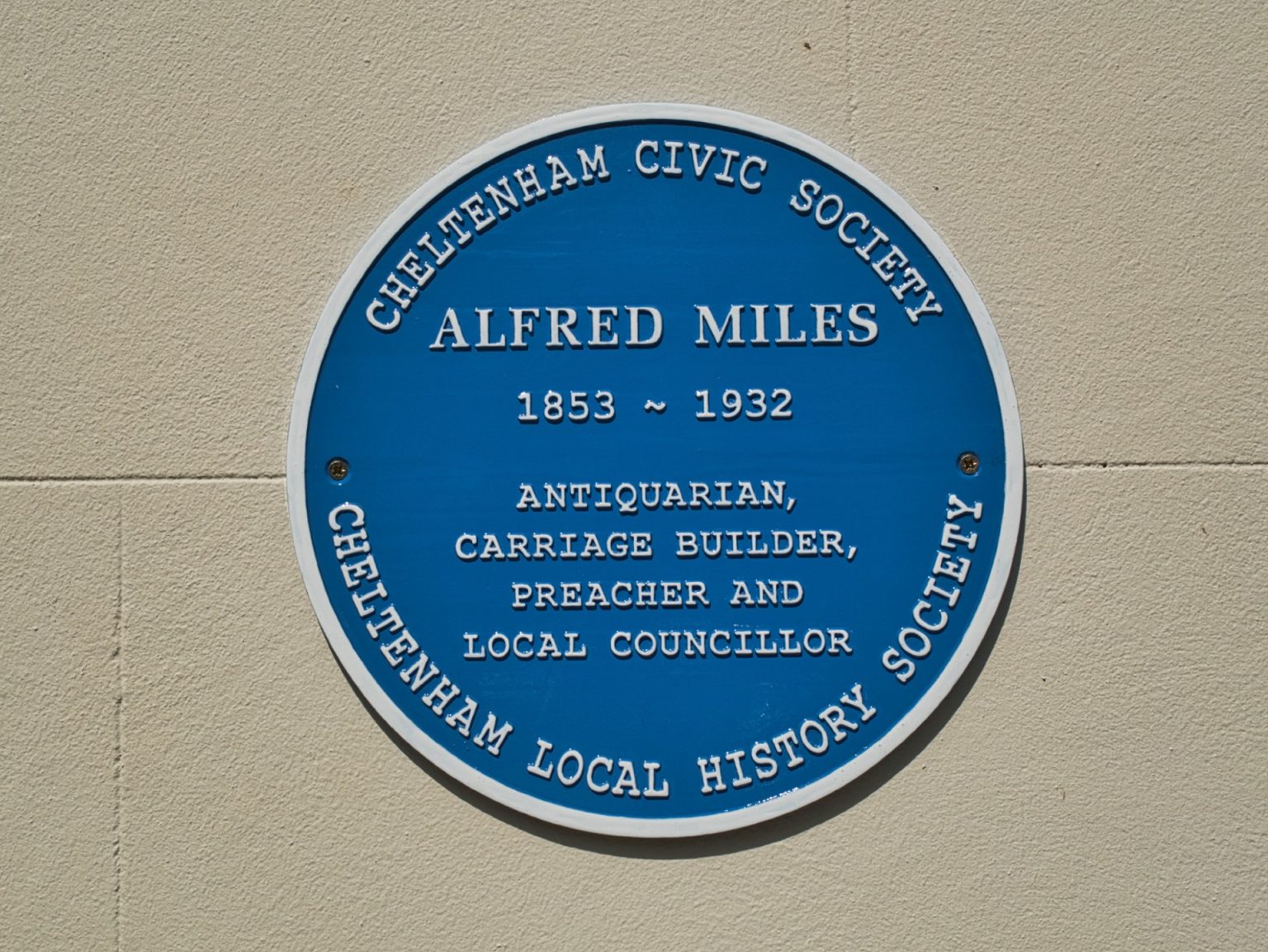 This year’s Annual General Meeting was held on 6th April